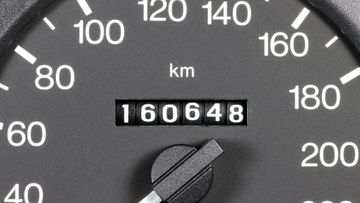 What Is The Best Age and Mileage for a Used Car?

With so many pre-owned cars for sale these days, it pays to shop around. Bear in mind that the second the wheels on a new car leave the showroom the car has already lost a considerable amount of its value in depreciation. So when you’re looking at used cars for sale, you’re looking for models that fall into the ‘used car sweet spot’, where depreciation has already dropped the price but there’s still plenty of miles left in the vehicle for years of relatively trouble-free motoring.

However, some recent pre-owned cars may only be a few months old, but they have already clocked up some serious mileage. So what should you look for – a newer plate or lower mileage? Here’s our guide to buying second-hand cars – mileage vs age.

Whether it’s in kilometers or miles, the distance a used car has done will have far more of an impact on the overall condition than the age, certainly as far as the engine is concerned. The bodywork may be pristine, but if the car was a fleet car or rental model in a former existence then it may have done far more kilometers in just a year or so than the average family saloon does in its entire lifetime.

The engine’s working parts have clocked up far more wear and tear, especially if you’re looking at a second-hand SUV car that may have done some serious off-roading in its short life. Even if a vehicle has been fully serviced, the ‘consumables’ such as bearings, hoses, and some electrical elements will have started to show signs of wear and could be storing up some expensive repairs and replacements for the next owner.

Age is also important, but if an older car has had one very careful owner who has had the vehicle serviced regularly and has kept the mileage down, it may be a better option than a more recent model with much higher mileage. The issue with older vehicles isn’t so much that the engine may have deteriorated, but the body and even key spots on the chassis may have started to acquire the dreaded rust.

While some of it may be superficial surface blemishes, any rust along the sills, around the edges of windscreens, and particularly near the jacking points on the underside may indicate that there are more unknown rusty horrors lurking in dark corners. Check for issues underneath the boot carpet on hatchbacks, as rear tailgates can often start to leak if the rubbers have started to deteriorate.

When you’re looking at pre-owned cars, always ask about the vehicle’s service history, and take a look at the mileage between services. This will give you a good clue as to how the car has been used – if it’s an ex-sales rep’s car that’s been thrashed up and down the freeway five days a week you’ll see big mileage increases in between services. Find out if the car has had any major work done, as an old car that’s had consumable parts replaced recently may actually be a better bet than a more recent car that hasn’t had any repairs done.

If you want total peace of mind then we recommend you buy a used car from an Automall dealership, where you know the certified pre-owned car you drive out of the showroom has gone through a 99-point check to make sure it’s in the best possible condition. Take a look at the used cars on offer on our website, and book a test drive today.